A real melting pot, Casares – which has been designated as an Artistic and Historical Complex – is the hometown of the father of Andalusia, Blas Infante. Its steep, winding streets and the funny layout of its houses have earned it the nickname ‘Hanging Village’.

As you set foot in it, you are presented with two classical views: the narrowing of the Mediterranean into the Strait of Gibraltar from 435m above sea level and the houses piling up on each other as they climb the mountain to conquer the summit.

In addition to the street layout, in the purest tradition of Al-Andalus, visitors must see the well-preserved Arab Castle. The site affords the third classical view: the village from above. It was here that the Duke of Arcos closed the deal for the surrender of the Moorish rebels.

All the civilisations that settled in Andalusia left their mark in Casares. In times of the Romans, for instance, the village had its own coins minted and the peculiar baths of La Hedionda, which were built by Julius Caesar (together with the village itself, according to his records) in gratitude for the positive effect the local sulphur and alkaline water had on his skin condition. 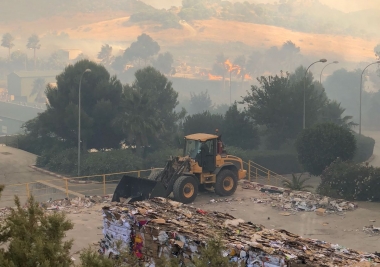 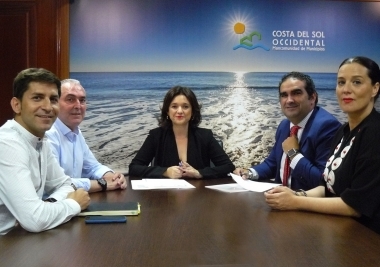