A picturesque village of whitewashed houses and winding streets

Sitting between the sierras Blanca and Alpujata, Ojén looks like the typical village of Arab descent, featuring as it does the classical square houses with rooftops. The traditional local constructions, however, have lean-to or pitched roofs and high chimneys, so the Arab looks are a recent innovation.

Unlike other towns in the area, the houses in Ojén do not have dark baseboards; instead, they are fully painted in white. The rugged terrain has given rise to all kinds of picturesque nooks and crannies – and to one of the most beautiful townscapes in Málaga.

The history of Ojén is poorly recorded, but we do know it came into being in the early days of Arab rule, since Abd-ar-Rahman III fought the troops led by Umar ibn Hafsun (the Christian leader who rose up the Ummayad Caliphate of Córdoba in the tenth century). In those days, Ojén was called ‘Hoxán’, meaning ‘rough land’.

When Ibn Hafsun was defeated, the caliph had a mosque built in Ojén. During the Moorish revolt in 1569, the castle and the village were set on fire. Despite later reconstruction, only a few vestiges of the old town have come down to us, in the upper part of town. 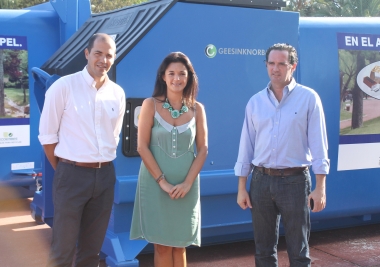